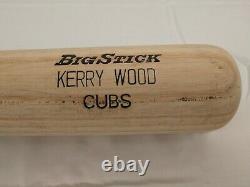 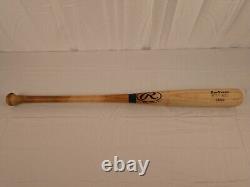 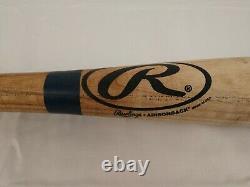 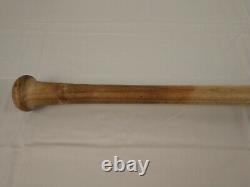 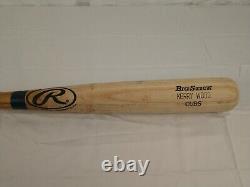 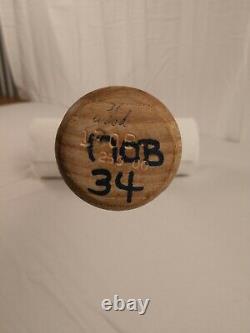 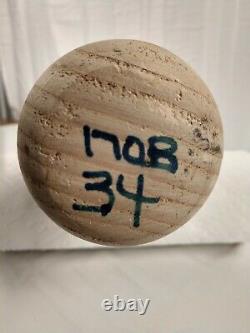 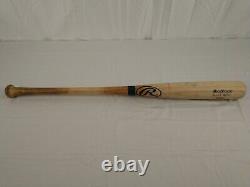 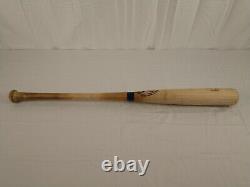 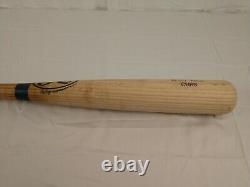 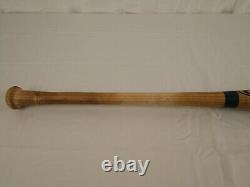 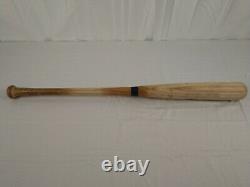 Kerry Wood Game-Used Uncracked Rawlings Blue-Ring Baseball Bat. This bat was used by Wood during the 2000 season, his second MLB season with the Chicago Cubs. The uncracked bat shows moderate game use. The Rawlings model number and year-of-manufacture information are engraved on the knob end of the bat.

Wood's uniform #34 and the Rawlings model number are hand-written in black marker on both the knob and barrel end of the bat. Wood was the Cubs First Round draft choice (4th overall) in the 1995 MLB Draft.

He was the 1998 National League Rookie of the Year. During that season, in his fifth career start, he threw a one-hit, no-walk, 20-strikeout shutout against the Houston Astros at Wrigley Field. The 20 strikeouts established a new Rookie Record and tied him with Roger Clemens for the most strikeouts in a 9-inning game.

This game is regarded by many as one of the greatest single-game pitching performances in MLB history. Kerry Wood missed the 1999 season following successful Tommy John surgery. Returning in 2000, Wood made 23 Game Starts with an 8-7 Won-Lost record, 4.80 ERA and 132 Strikeouts.

This bat is uncracked and shows moderate game use. The item "Kerry Wood Chicago Cubs 2000 Game-Used Uncracked Rawlings Blue-Ring Baseball Bat" is in sale since Sunday, March 7, 2021. This item is in the category "Sports Mem, Cards & Fan Shop\Game Used Memorabilia\Baseball-MLB\Bats". The seller is "srbmetfan" and is located in Saint Petersburg, Florida. This item can be shipped to United States, Canada.