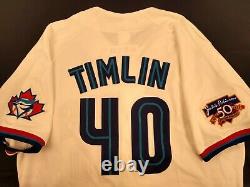 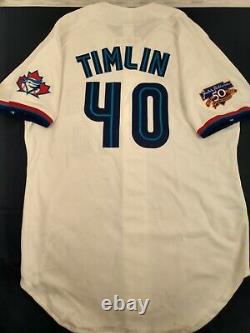 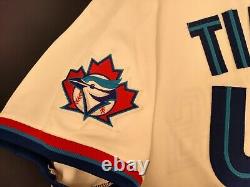 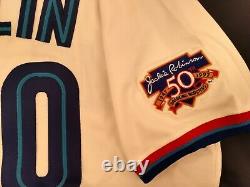 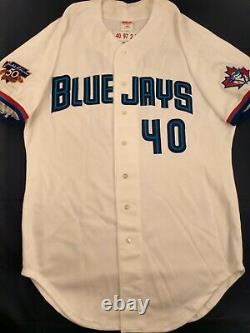 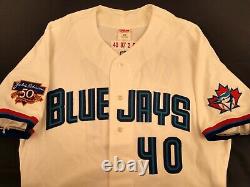 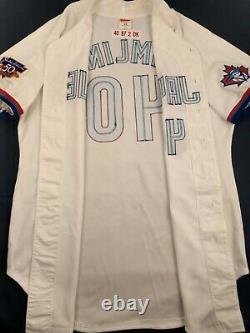 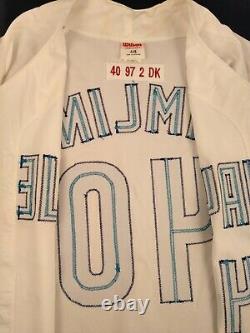 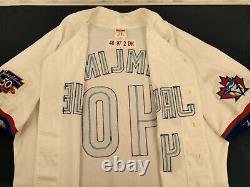 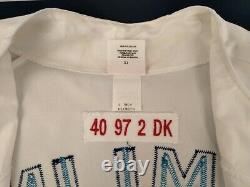 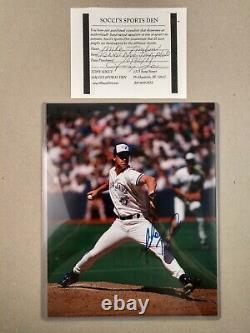 Mike Timlin wore this jersey during the last of his 7 seasons (1991 to 1997) with the Toronto Blue Jays. This jersey was never displayed and has remained in storage since it was acquired in 2001. A signed Timlin photo (with COA) accompanies this jersey (see photo). Mike Timlin played for 18 years (1991 to 2008) in MLB.

The seller is "srbmetfan" and is located in Saint Petersburg, Florida. This item can be shipped to United States, Canada.