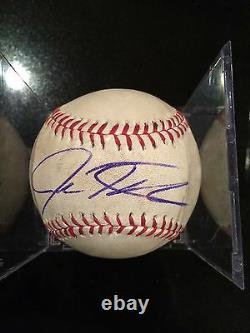 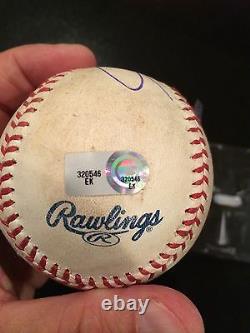 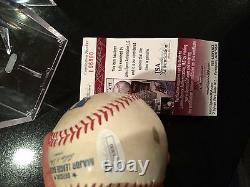 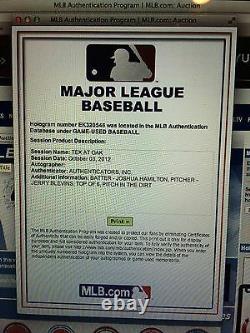 A JOSHUA HAMILTON RARE MISPLAY WHICH LEAD TO MUCH NEGATIVE FEED BACK FROM THE RANGERS FANS. READ THE STORYLINE AND SEE WHAT I MEAN. 395 with 9 home runs and 25 RBI during the month of April and was named the league's AL Player of the Month. His home run total for the month tied a franchise record for April with four other Rangers. Hamilton was considered to be in a break out season, batting for the Triple Crown and MVP.

On May 8, in a 10-3 win over the Baltimore Orioles. Hamilton registered multiple career highs; he had five hits in five at-bats, hitting four two-run home runs and a double for a total of eight runs batted in. Incidentally, the only runner on base each time was Elvis Andrus. In doing this, he not only became just the 16th player in MLB history to hit four home runs in one game.

And the first to do so since Carlos Delgado. But also now holds the American League Record for most total bases in a single game with eighteen. He was one base shy of tying the Major League Record. Hamilton was selected to appear in his fifth-career All-Star Game after accumulating the most number of fan votes by any player in the history of the All-Star Game selection process.

Since June 1 Hamilton had been hitting. 190 with a slugging percentage of. Washington said he moved Hamilton in hopes of taking some of the pressure off him and also gave Hamilton the day off on July 28. Hamilton responded quickly-in a game on July 29 he recorded multiple walks for the first time in the month of July and did not record a strikeout for the first time in seven games. On July 30 he went 3-for-4 with a home run, his first game recording greater than 2 hits since May 11.

On October 3, during the American League West Division Championship Game between the Rangers and the Athletics, Hamilton's career went downhill during a crucial play. Tied at 5-5 in the 4th inning with two outs and a man on first and second base, Yoenis Cespedes hit an easy pop up towards Hamilton that would have ended the inning, however, Hamilton misplayed the out as the ball landed behind him causing the two runners to score and give Oakland a 7-5 lead as the A's went onto win that game 12-5 and take the American League West Division Title. On October 5, during the American League Wild Card Game between the Orioles and the Rangers, Hamilton was booed in what would be his final at bat for Texas when he struck out during a rally that would eventually fail for Texas as Baltimore defeated the Rangers 5-1 in that game.